Cosmic Lab is being developed as an initiative of Cosmic Tribe to promote and inspire space and astronomy-related education. Space and Astronomy present enormous excitement and opportunities for schools to grasp; in terms of related curriculum and hands-on projects for students to get involved in.

Why our programs are different ?

Our standard program duration is 8-9 weeks as to fit the needs of a trimester-based school calendar.

However, our courses can easily be customized to fit a variety of school curricula and timetables. Please contact us to discuss how we can fit into your school curriculum at info@cosmict.org

Covering all aspects of space & astronomy. 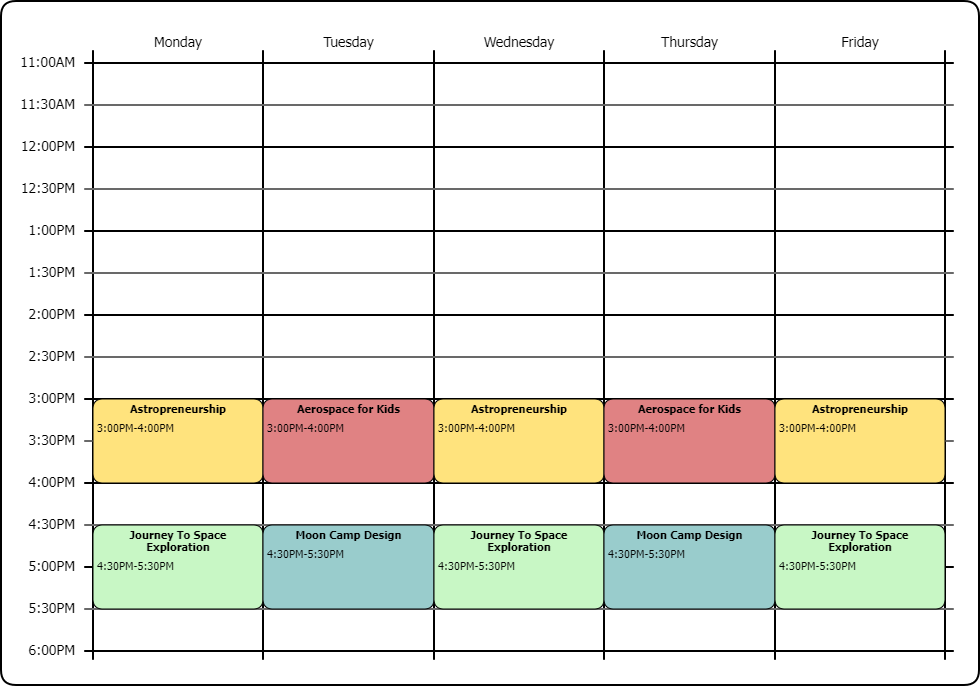 Rida Fatima is a graduate of BS Biosciences from Islamabad. She is pursuing her research career in Astrobiology. Her passion is to work in the research to find life in the universe. Recently, Rida had an opportunity to present her Space Microbiology research work at 72nd International Astronautical Federation Congress, Dubai. Her research paper was later on published in the conference publications of IAC 2021. Rida is also a space blogger and a content writer. She works with the Astrobiology Society of America (ASA) as a space content writer and organizer. In November 2021, She also participated as an analog astronaut in a virtual space mission as a chief of Greenhouse where she shared her idea and plan for making a greenhouse on Mars. This mission was organized and held by HABITAT MARTE Space Analog Station, a virtual space station in Brazil. Furthermore, as an Astrobiology STEM educator, she also stays active in volunteer activities to spread space sciences awareness in her country, Pakistan.

Rayan Khan is the Founder of Cosmic Tribe. His passion for the field of astronomy and space developed during his study period. During the early nurturing period of his career, he learned and developed the quality of being proactive which proved to be profound when he started outreach and public awareness campaigns on light pollution known by the name of Light Pollution Fighter. He received his master’s degree in space science with a specialization in astrophysics. He is also an aerospace certified apprentice and holds an aircraft maintenance engineer’s license. He is the International Astronomical Union-IAU Dark Skies Ambassador, IDA Dark Sky Delegate/Advocate, National Node of International Day of Light, Young Persons Committee Head of the Royal Aeronautical Society Pakistan Division, National Coordinator of the Moon Village Association, and IAU NAEC National Astronomy Education Coordinator from Pakistan Team.

Let me know about upcoming events and courses!

We use cookies on our website to give you the most relevant experience by remembering your preferences and repeat visits. By clicking “Accept All”, you consent to the use of ALL the cookies. However, you may visit "Cookie Settings" to provide a controlled consent.
Cookie SettingsAccept All
Manage consent

This website uses cookies to improve your experience while you navigate through the website. Out of these, the cookies that are categorized as necessary are stored on your browser as they are essential for the working of basic functionalities of the website. We also use third-party cookies that help us analyze and understand how you use this website. These cookies will be stored in your browser only with your consent. You also have the option to opt-out of these cookies. But opting out of some of these cookies may affect your browsing experience.
Necessary Always Enabled
Necessary cookies are absolutely essential for the website to function properly. These cookies ensure basic functionalities and security features of the website, anonymously.
Functional
Functional cookies help to perform certain functionalities like sharing the content of the website on social media platforms, collect feedbacks, and other third-party features.
Performance
Performance cookies are used to understand and analyze the key performance indexes of the website which helps in delivering a better user experience for the visitors.
Analytics
Analytical cookies are used to understand how visitors interact with the website. These cookies help provide information on metrics the number of visitors, bounce rate, traffic source, etc.
Advertisement
Advertisement cookies are used to provide visitors with relevant ads and marketing campaigns. These cookies track visitors across websites and collect information to provide customized ads.
Others
Other uncategorized cookies are those that are being analyzed and have not been classified into a category as yet.
SAVE & ACCEPT